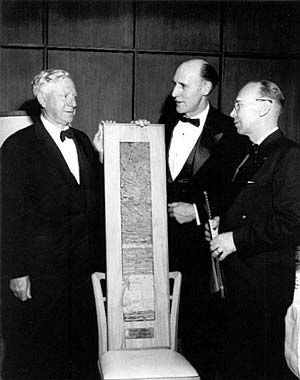 In British Columbia, exploratory soil inventories began in the 1920s as an inventory for the Canadian National Railway along the proposed route between Fraser Lake and Smithers in the Central Interior. This was followed by additional surveys around Prince George, the North Thompson, the Lower Fraser Valley, parts of southwestern Vancouver Island, and portions of the south Okanagan Valley.

Dr. Charlie Rowles (2st on the right) is presenting a soil monolith to UBC’s third president Dr. Norman MacKenzie in 1962.

Soil survey was more formally established in the 1940s as a result of Federal-Provincial concerns about the development and settlement of various regions in the Province. Following the Second World War, Canada embarked on a most ambitious endeavor to establish an inventory of the soil resources of the vast country. In part this was to assess the various distribution and quality of Canada’s soil resources to sustain agricultural productivity, improve soil management and thereby contribute to rural economic sustainability. There was some urgency, as veterans from the War were returning home and there were government incentives to develop new settlement regions. The Soil Inventory program in British Columbia began in earnest in the 1940s.

Mr. Laurie Farstad, British Columbia’s first pedologist and Head of the Federal Soil Survey Unit was a keen student of soil formation and had a passion to make soil information available to University students and to important groups of professionals – foresters, agricultural extension personnel, and municipal planners. Laurie Farstad and UBC’s first Soil Science Professor, Dr. David Laird initiated the collection of soil monoliths in the priority areas where soil surveys were being conducted in the 1960s. One of Mr. Farstad’s staff members, Mr. Alex Green became the “master” of soil monolith preparation, who by his meticulous attention to detail, set the standards for the unique UBC collection. As soil inventory programs expanded across British Columbia, soil monoliths were a part of the program, not so much as a requirement but one of interest and enthusiasm. The UBC soil monolith collection was expanded to a limited extent beyond British Columbia to neighboring Alberta to include “true” prairie Chernozems and to Yukon to illustrate effects of cryoturbation. 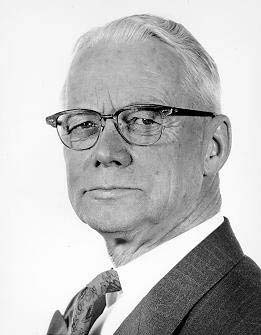 Dr. David Laird (one of two people who initiated the collection of soil monoliths at UBC)

The first permanently mounted monoliths (collected in the 1960s) were from the Peace River and Prince George regions of the province, followed by collections from the East Kootenay’s (Rocky Mountain Trench), Vancouver Island, and the Lower mainland in the 1970s. The out of province and museum collections took place in the 1970-80s. Although Mr. Alex Green continued to make contributions to monolith preparation, increasingly his role was that of the “artistic” advisor. Several students working on the provincial soil survey, as well as government field pedologists and UBC faculty continued to add to the collection up to the 1990s.The Department of Soil Science at UBC played a major role in continuing and maintaining the collection and maintained a multipurpose teaching and pedolarium in the MacMillan Building (room 154). As a result of Faculty reorganization in the late 1990s, the monolith collection was scattered among various locations in the Macmillan Building. Recent initiatives by Dr. Maja Krzic has been successful in restoring and relocating the collection back to MacMillan 154.

The monolith collection makes a significant contribution in the teaching of introductory Soil Science course and was an integral component in the teaching of Pedology course. It is the second largest University collection in Canada. Monoliths collected by pedologists in British Columbia are also on display at natural museums in Victoria (provincial) and Ottawa (federal) as well as at the International Congress Soil Monolith Collection at the University of Alberta, in Edmonton.

Here is the process which was used to prepare the UBC’s monolith collection. 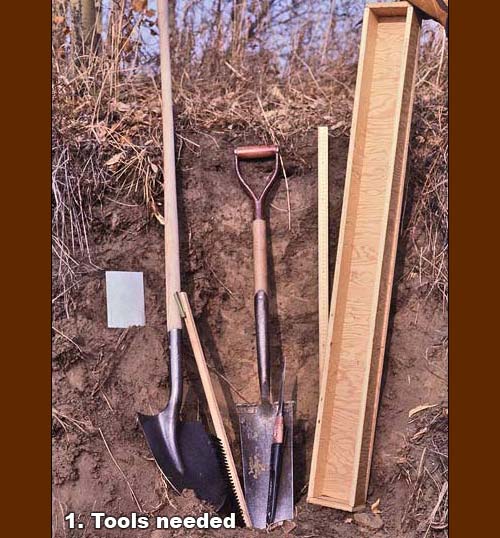 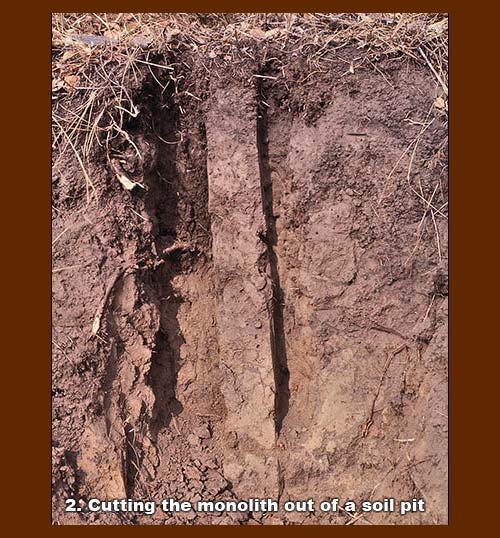 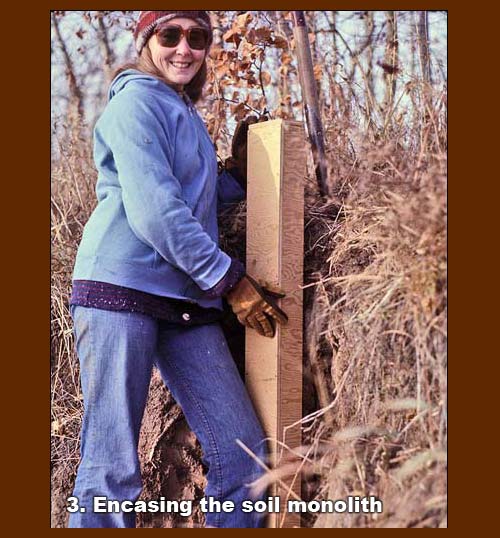 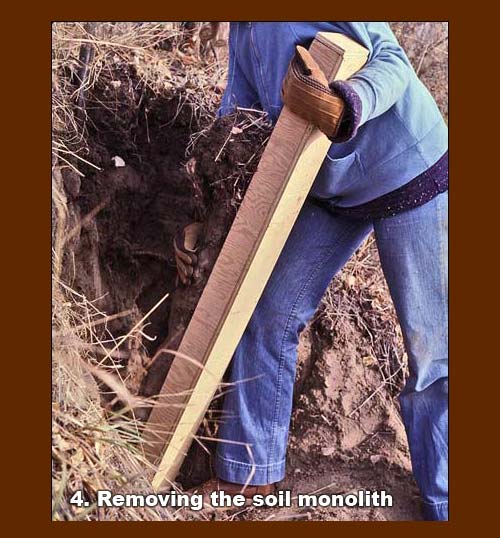 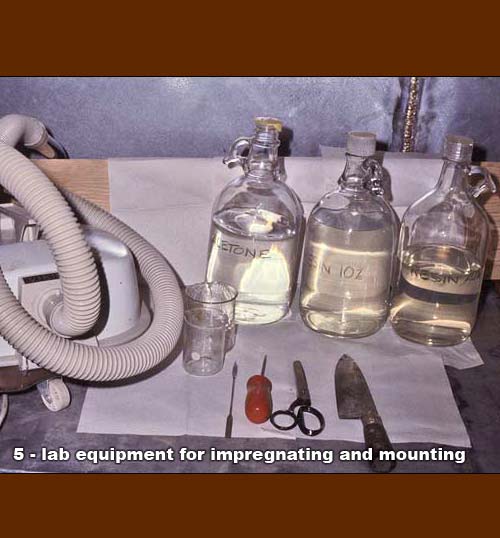 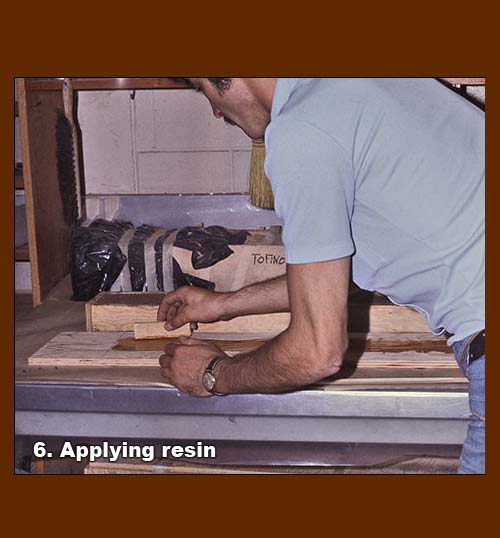 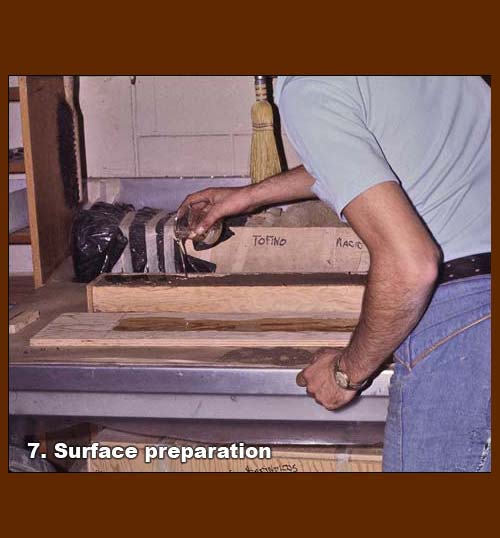 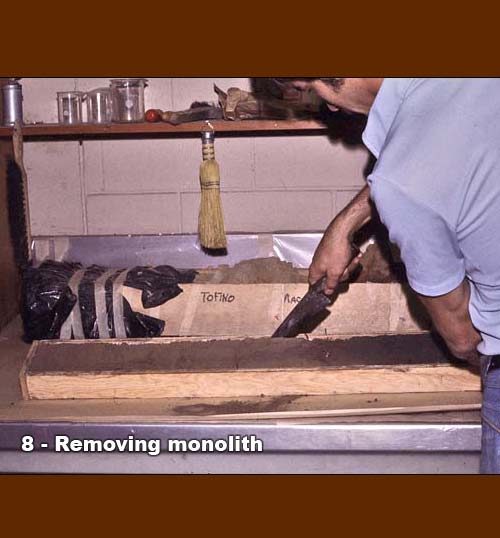 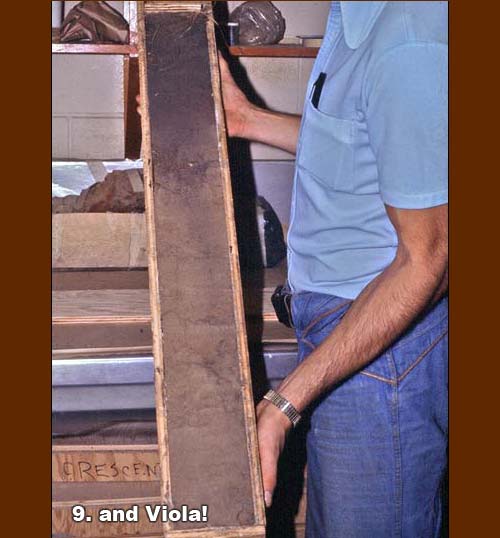